Limit the use of dummies

During this COVID-19 pandemic there may be changes in the way some of our services work. Contact the service directly to check how services are being delivered and follow their advice.

Contact the ward you wish to visit in advance for guidance and instructions for a safe visit.

If you need help in a mental health crisis during the COVID-19 pandemic outside office hours please contact our crisis team: Help in a crisis

Limit the use of dummies 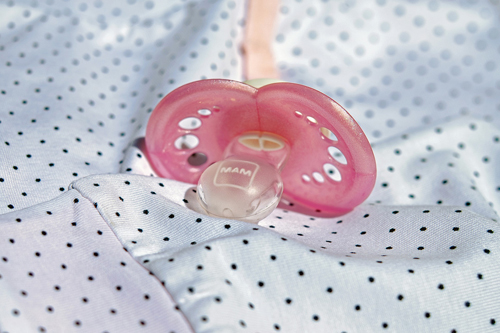 Information about dummies can be confusing, but it is thought that using dummies too much can delay children’s speech development. The following is based on advice given by the Lullaby Trust:

Some research suggests that using a dummy when putting a baby down to sleep could reduce the risk of sudden infant death.

If you choose to use a dummy, wait until breastfeeding is well established (at up to about four weeks old). Try to keep it for sleep times only and make sure it is part of your baby’s regular sleep routine.

Stop giving a dummy to your baby between six and 12 months. Six months is when your baby will start to experiment more with making speech sounds.

Don’t force your baby to take a dummy or put it back if they spit it out, and don’t use a neck cord. You shouldn’t put anything sweet on the dummy or offer it during awake time.

Using an orthodontic dummy is best as it adapts to your baby’s mouth shape.

You can speak to your Children’s Centre team or health visitor about using dummies and about ways to use dummies less.