When you think of a graduation, you think gowns and caps, lots of clapping and a real sense of achievement and proudness. For our autumn 2015 graduation, we had just that (except the gown and caps).

People started to arrive around 10am, ready for the day to start at 10:30. By 10:30 our conference room was full! We had a great turn out, with over 80 students, family and friends in attendance.

Once everyone had helped themselves to the lovely complimentary drinks and biscuits, Helen Brown, college manager, began. First on the agenda was to review your Individual Learning Plan. Helen talked everyone through the process, and gave people a chance to write down all the positive things that they have taken from their time at college.

Once everyone had finished this, people shared 3 words what they would use to describe the college and their experience. ‘Inspiring’, ‘empowering’ and ‘life changing’ were just a few that were used.

After a short break, it was time for the students to have a look around the information stalls. These stalls were located around the room, in which the students were able to have a wander round and have a chat with the members of staff. The stalls provided were internal and external partners, all aimed to provide information on where the students could progress on to. 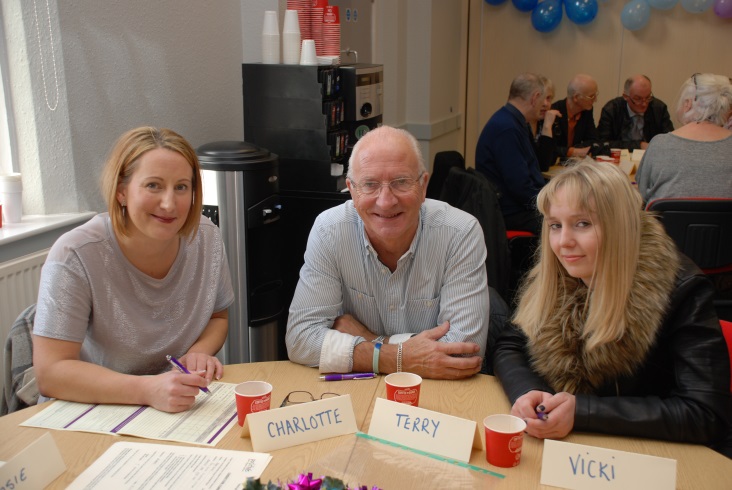 Organisations such as Central College Nottingham, Vernon College, Notts Fit For Work, and Middle Street Resource Centre were all present and very kindly gave up their time to attend. There was a great buzz in the air. The noise of conversation and laughter filled the room.

After a great buffet lunch, it was time for a few stories and poems. First up was Will, an ex-student who very confidently stood on stage and read aloud his poems. These poems were amazing! He so eloquently had written about his recovery. Next was Kat, a student who was graduating that day. Kat had also written a poem, but read about how the Recovery College had helped her in her recovery. It was very touching to hear. And thirdly was Ian, a Recovery College volunteer. Ian told his story, his challenges with his mental health, and how he came to the Recovery College. His progression told through his story was inspiring.

Finally, the day ended with the certificates. Each student was awarded with a certificate, presented by Helen and a photograph taken to capture the special moment. The applause from the rest of the room was great to hear, as they all encouraged and celebrated each other.