The Trust has launched a new immunisation service to help reach children and young people who are unable to attend school vaccine sessions. This includes children not in education and those who are home-schooled. The service will continue to deliver vaccine sessions within schools also. 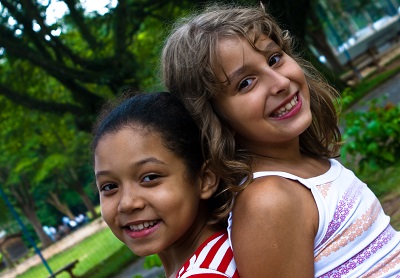 The World Health Organisation (WHO) estimates that three million lives are saved every year worldwide through immunisation. It is the safest and most effective way of giving protection against disease. In the UK, the national immunisation programme has meant that many dangerous diseases have disappeared but, if high immunisation rates aren’t maintained, these diseases could return.

The School Aged Immunisation Service is aimed at children and young people aged 5 to 16.

The service was already delivered at primary and secondary schools across the City and County but since September, the team has also been operating within local health and community centres. Vaccines can now also be given at a child’s home if necessary.

The service offers vaccinations against tetanus, diphtheria, polio, and meningococcal ACWY as well as the Human Papilloma Virus (HPV) immunisation. Since September, the service has also been offering the new flu vaccine, administered via a nasal spray.

“This is a really exciting new service."

"We have always offered immunisations in schools but have known that there are lots of children, not in education, who we have been unable to reach. With this new service, all children, regardless of whether they are in education or not, will be able to receive immunisations which are really important in protecting them against dangerous diseases.”