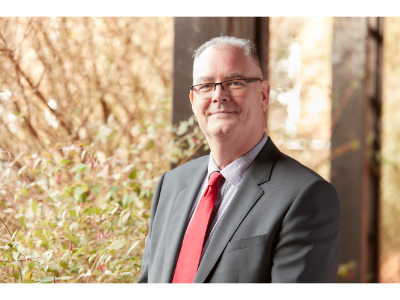 Paul took up office on 1 January 2020, for an initial term of three years.

He has an extensive track record in NHS leadership, following a long career in the charity sector as well as in significant NHS Board level roles. In his roles at Age Concern England, Headway, and Action for Children he led strategic engagement with healthcare commissioners and providers, developing successful partnerships and new models of care delivery. This complemented his six years as a Non-Executive Director at Derbyshire County Primary Care Trust where he was part of the team successfully transferring the commissioning of health to new Clinical Commissioning Groups.

Paul has been Chair of Lincolnshire Partnership NHS Foundation Trust (LPFT), Lincolnshire’s mental health and learning disability Trust, where he led a three-year quality improvement programme to take LPFT from a CQC (Care Quality Commission) “Requires improvement” rating (including “Inadequate” for Safe) to “Good” (including “Good” for Safe in every service, and “Outstanding” in the Well-led domain). Paul will remain Chair at Lincolnshire as well as taking up his new role in Nottinghamshire. 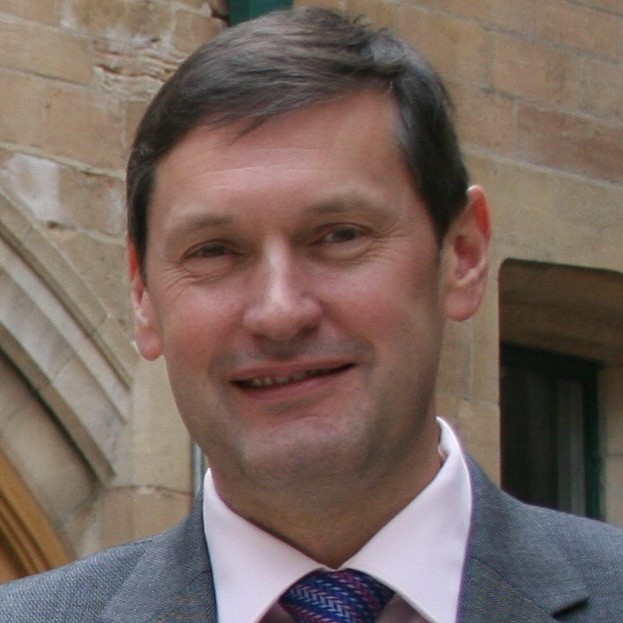 Steve Banks has extensive experience operating at board level within the private sector and in a non-executive capacity within the community.

He is currently Chairman of The Tinnitus Clinic and his previous posts include Director of Professional Standards and Superintendent Pharmacist, IT Director and Director of HR at Boots, where he has a long history of providing healthcare services.

He first started working with the Trust whilst at Boots, most recently as a member of the Council of Governors. Steve’s first degree was in Pharmacy from Leicester and he has since completed an MBA at Nottingham University alongside numerous Leadership Development Programmes. Alongside his strong strategy and transformation background he has always been passionate about getting it right for patients. 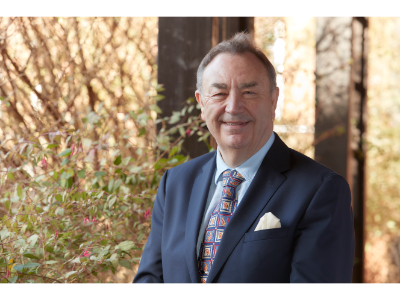 Stephen Jackson is a qualified accountant who has had a varied career in both the private and public sectors.

In 2003, Stephen joined Nottingham Trent University where he held the post of Chief Financial and Operations Officer with overall responsibility for Finance, Estates, Commercial Development, Legal, Registry, IT, and Governance Services.  He was also appointed as a member of the Board of Governors and the Academic Board. In May 2016 Stephen retired from NTU.

Stephen also acts as Non- Executive Director with each of the following local organisations: - 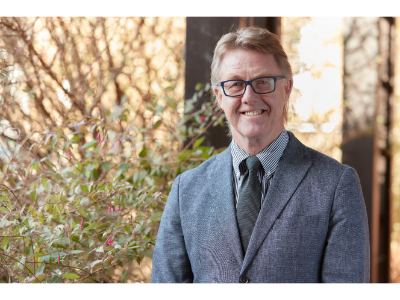 He is a high performing leader with a proven track record for initiating and implementing strategic business and cultural change and delivering operational results in complex global organisations. He has over 25 years’ experience at senior executive level in aerospace and automotive sectors including 10 years as a member of the Rolls-Royce Civil Aerospace board/leadership team. He is a passionate and inspirational leader.

Trevor is a Fellow of the Chartered Institute of Management Accountants. He lives in Derby. 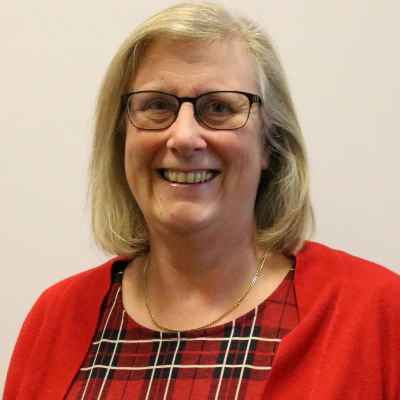 Carolyn is a highly experienced, senior health care leader with 17 years’ experience working at Board level within the complex and highly regulated environment of Acute and Community Foundation Trusts.

She joined Nottinghamshire Healthcare on 4 March 2019 and has a demonstrable track record in harnessing and developing the talents of staff, working to identify and realise their potential and building their confidence so that, even within the most challenging of environments, delivering excellence in patient care is always achievable.

Having worked in two Foundation Trusts and with the Care Quality Commission to develop its well-led framework for Community Trusts, Carolyn has an excellent understanding of healthcare regulation and the rigour trusts must apply to ensure the quality and safety of their services and has worked as both a specialist advisor and executive reviewer with the CQC. 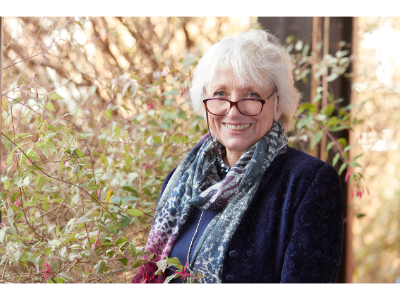 She graduated with a degree in Architecture from Leeds School of Architecture but has worked in senior positions in Local Government., including Wolverhampton City Council and Bromsgrove District Council, before joining the NHS in 2006 as Non-Executive Director with NHS Birmingham East and North Primary Care Trust. Sue also holds positions with St Andrews Healthcare and South Staffordshire and Shropshire Healthcare NHS Foundation Trust (now known as Midlands Partnership NHS Foundation Trust). 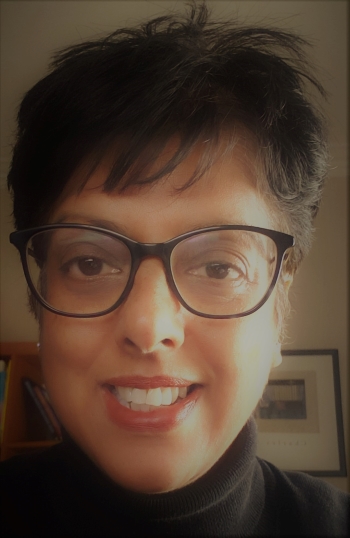 Throughout Manjit’s NHS career to date she has had a commitment to the delivery of compassionate, high quality practice and standards and believes she has demonstrated this commitment as a nurse, a clinical leader and as a senior manager in a variety of leadership roles in the last 30 years.

Manjit qualified as a general nurse in 1987 and as a mental health nurse in 1992. She has a Masters Degree in Health Care Management and has worked in a variety of clinical settings during her career. Manjit left the NHS for four years in 2007 and worked as an independent management consultant returning to the NHS and eventually taking up the post of Director of Nursing and Quality within NHS England in July 2013. In 2014 she was named among the top 50 BME pioneers in the HSJ.

Manjit is a Queen’s Nurse and continues to sit as a registrant member at NMC Fitness to Practice hearings. She is a serving Magistrate on the Leicester Bench and former Chair of an Independent Foster Panel. Manjit formally retired in October 2020 but is still undertaking Interim Director of Nursing work.

In the New Year’s Honours List 2020, Manjit received an MBE for services to nursing and patient care and was also awarded the National Chief Nursing Officer Gold Award in October 2020. 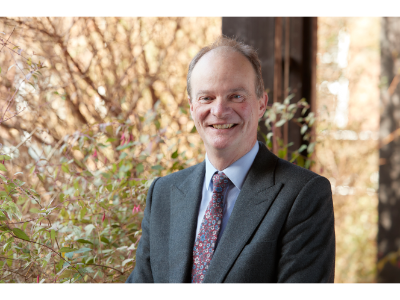 John Brewin took up post as Chief Executive on 2 January 2019.

John, a consultant psychiatrist for 23 years, was CEO at Lincolnshire Partnership Foundation Trust (LPFT), where he has been in that role for four years and was their Medical Director for three years prior to this. John previously worked for Nottinghamshire Healthcare in a variety of senior clinical roles between1995-2011 and he also trained in Nottingham. John has an extensive career history of leadership and managerial roles, with experience as an associate medical director and clinical director before he joined LPFT.

John’s achievements during his time at LPFT include the Trust moving from ‘Requires Improvement’ in 2015 to ‘Good’ in 2017 in the CQC ratings. He also helped the Trust improve quality, deliver strong performance and meet financial targets year on year. Some of John’s other skills are around culture, leadership and staff engagement. 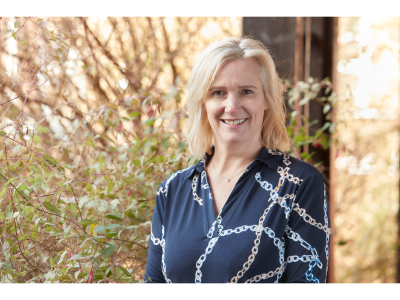 Dr Julie Attfield is the Executive Director for Mental Health.

Julie began her career as a Registered Mental Nurse, and has since worked as a clinician, senior manager and director within mental health services in the East Midlands. Julie has also held an academic post at the University of Nottingham and is presently Vice Chair of the East Midlands Clinical Senate. 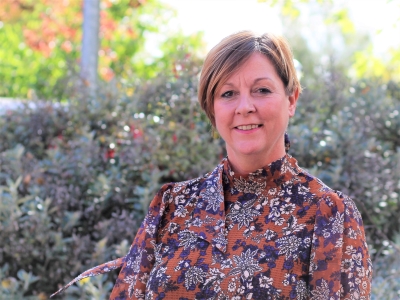 Alison joined the Trust in 2009 after a long career in local government. Since joining the Trust she has covered various management accountancy roles more recently as Deputy Director of Finance and Procurement since March 2020 and is currently interim Executive Director of Finance.

Alison is a member of CIPFA and qualified at Nottingham Trent University as an accountant.  Alison is passionate about staff development and mentoring junior colleagues. The values of the Trust are important to Alison, particularly the focus on putting patient care at the heart of everything we do. 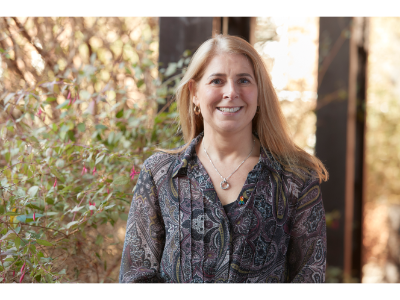 Clare joined the Trust in 2011 as the Head of HR for Local Services.

In 2012 her portfolio extended to include HR for the Health Partnerships Division. She was appointed as the Director of HR with responsibility for HR, Learning and Development and Equality and Diversity in October 2015. Clare is a member of the Chartered Institute of Personnel and Development, has a BA (hons) Degree, a qualification in Employment Law and an MBA from Loughborough University. She has a particular interest in Equality and Diversity and health and wellbeing. 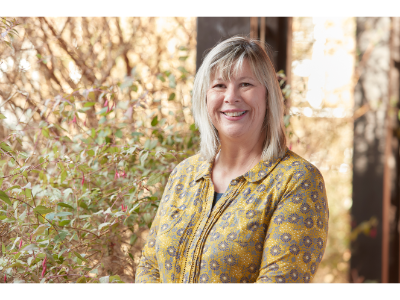 Anne-Maria has worked in the NHS as a nurse for over 35 years and was awarded an MBE in the Queen’s Birthday Honours List for her outstanding contribution to nursing. 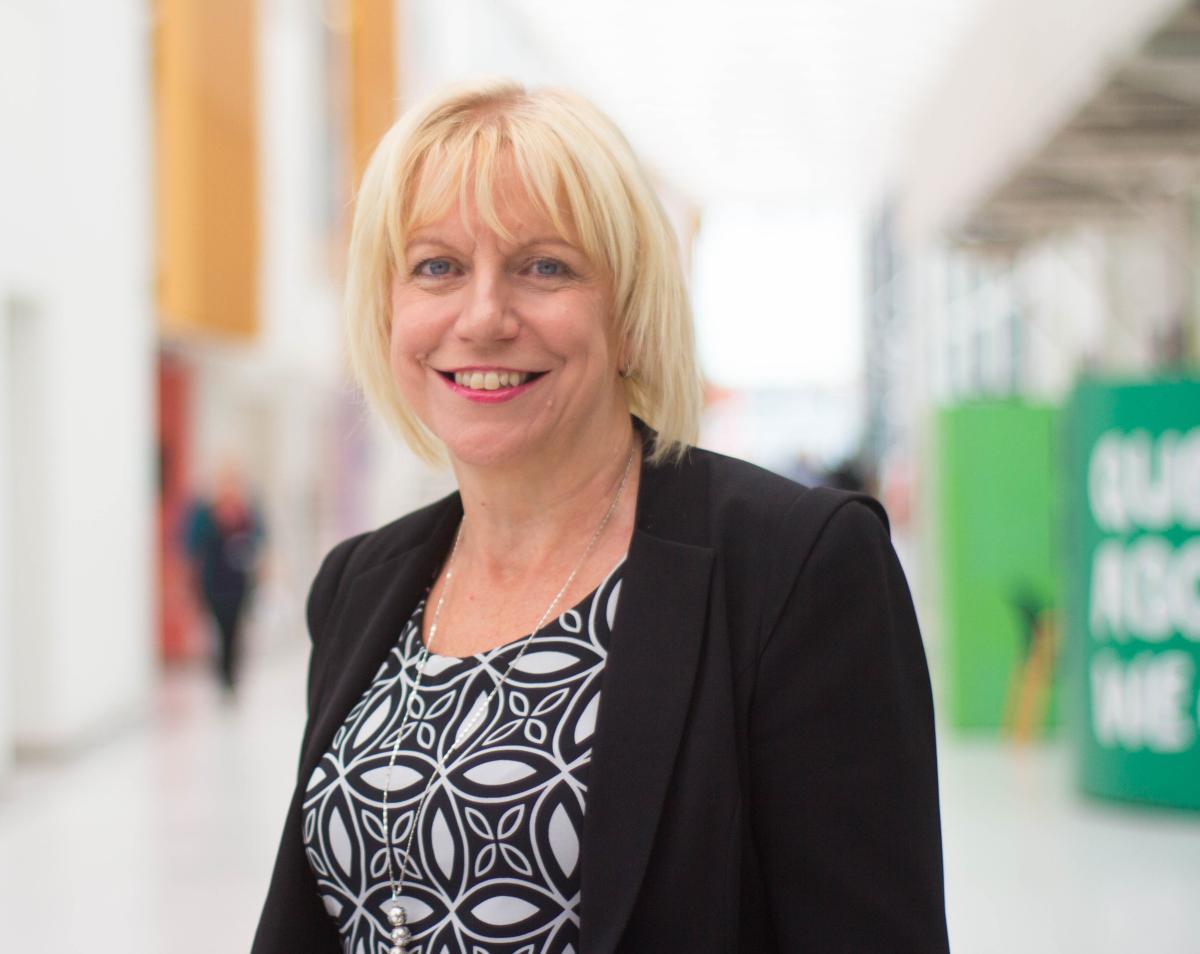 Shirley Higginbotham is the joint Director of Corporate Affairs across Nottinghamshire Healthcare and Sherwood Forest Hospitals.

Shirley has been working as Director of Corporate Affairs at Sherwood Forest Hospitals since 2016 and has been temporarily working across both Trusts since October 2020.

Shirley joined Sherwood Forest from University Hospitals Leicester, where she worked in the corporate strategy team as head of business development and service planning.  She has significant experience in local government and the private sector with regard to strategy, business planning, service development and governance. 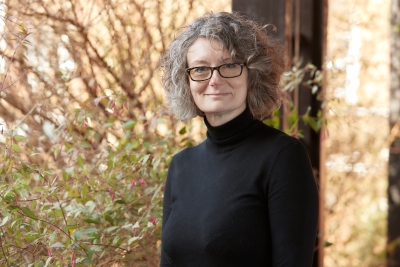 Sarah Furley joined the Trust in March 2020 as Director of Partnerships. Prior to her appointment, Sarah was STP Programme Director in Lincolnshire, hosted by the Lincolnshire East Clinical Commissioning Group.

She has a wealth of experience in improving patient outcomes through integrated care and partnership working. A Registered General Nurse by background, Sarah holds a Masters of Science in Commissioning from Lincoln University.

She has worked in a number of senior strategic positions and is looking forward to bringing that expertise to the development of partnerships with our stakeholders. 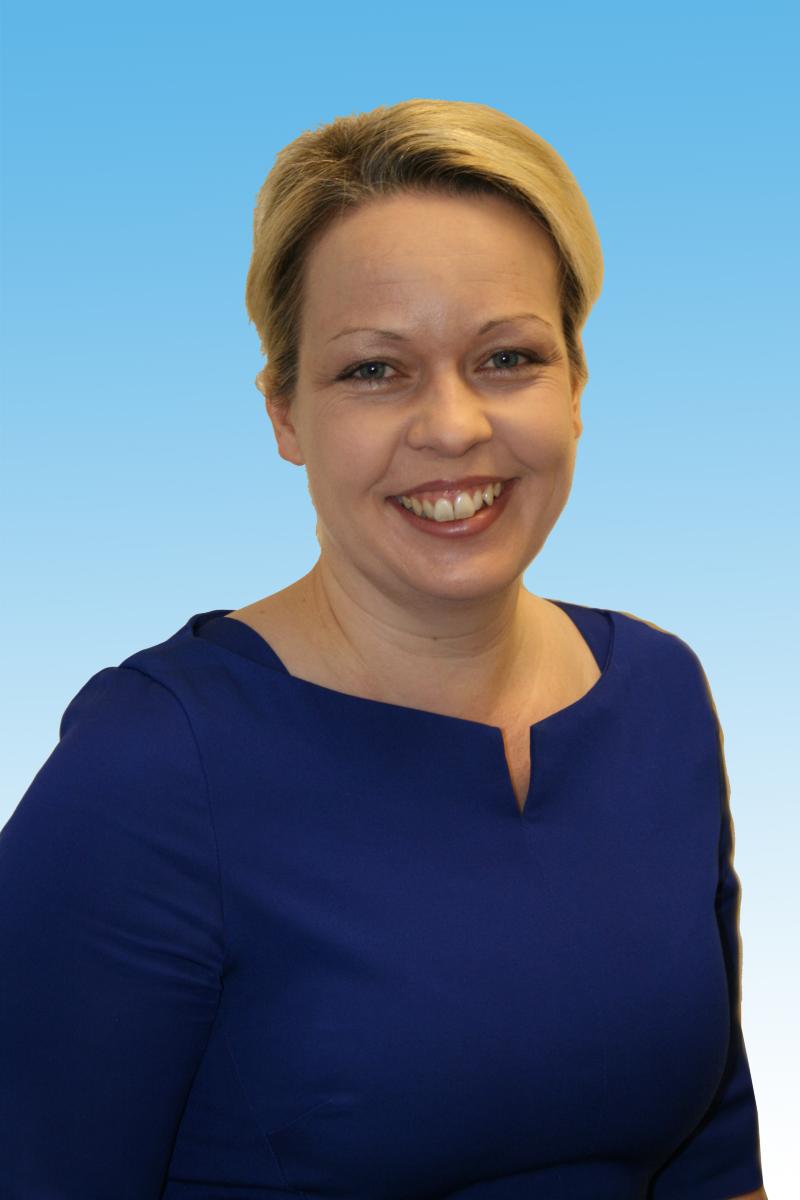 Dr Sue Elcock re-joined the Trust in May 2020 as Director of Forensic Services.

In March 2021, she also took on the role of Executive Medical Director.

Prior to re-joining the Trust,  Sue held executive medical director posts in Leicestershire and Lincolnshire.

Sue undertook her forensic psychiatry training in the Trust and alongside her work as a consultant in our women’s service at Rampton Hospital was also Head of School in our medical education team and brought revalidation into the organisation.

Sue brings a huge amount of experience and passion to the role and I am sure you will all join me in wishing Sue well in her new combined role. 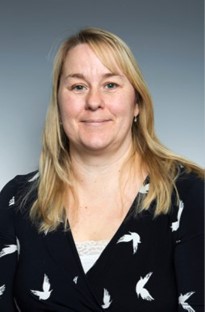 Becky joined the Trust in October 2020 as Executive Director of Community Health Services. Before joining us, she managed the Medicine and Emergency Care Division at Chesterfield Royal Hospital NHS Foundation Trust.

Becky is an experienced Audiologist, a leader in transformation and management, and has worked in the NHS for over 30 years. As the Director of Community Health Services, Becky is committed in providing the best possible patient care through fostering and developing our workforce. 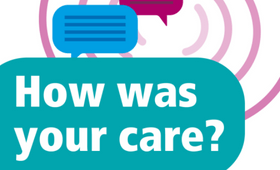